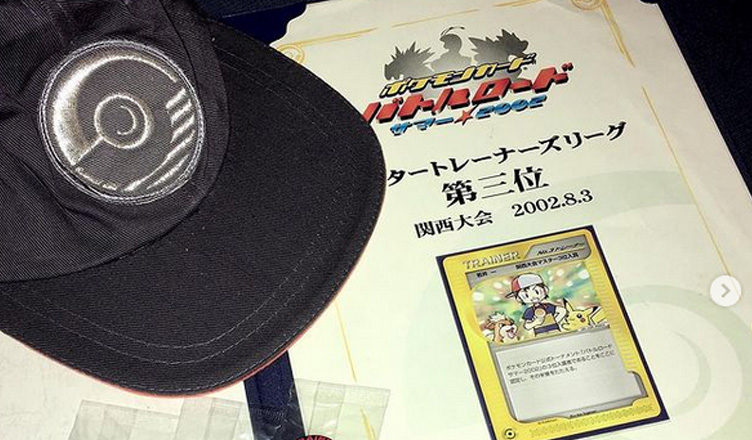 Avid Pokémon card collector Linkdu83 has graciously provided us with a dump of yet another very rare Nintendo e-reader card… Pokémon-e TCG – Battle Road 2002 Trophy Cards – No. 3 Trainer Boy Version Summer Version! Special thanks for Qwachansey for the video.

This card was the 3rd prize prize given out to winners of the Pokémon Battle Road competition that took place during spring and summer of 2002 in Japan. This one is quite rare as only 100 No. 3 Trainer cards were given out to guys.

Words of Encouragement Here are some words of encouragement from Imakuni? to you, the newest arrival. OK! Third place! Congratulations! Anyway, just be happy for now! Out of all these trainers you came out on top! Now let’s aim higher! Can you get even higher!?