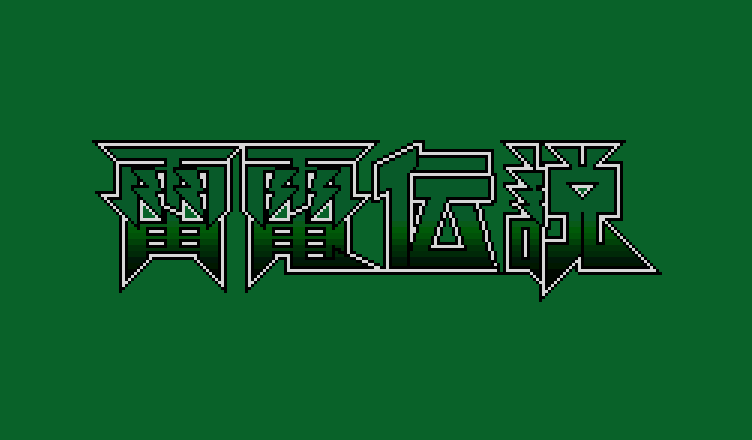 This is a prototype build of Raiden Densetsu, the Japanese version of Raiden Trad for the Super Nintendo. The cartridge was bought off of the Mercari marketplace by atrocity3010 and was sent to Jonas Rosland at Hit Save! for inspection. In the video below, you can see the prototype has many differences compared to the retail release — right down to the title screen. A deeper analysis can be read below.

The prototype can be downloaded here.

Special thanks to Jonas Rosland and atrocity3010 for providing help in researching these materials.

Raiden was originally a vertically-scrolling arcade shooter released in 1990 by Seibu Kaihatsu, a development company founded back in 1982. Development began after it became apparent that Kaihatsu’s previous title — the 1989 arcade action game Dynamite Duke — was not selling enough to warrant a sequel. According to graphic designer Toshinobu Komazawa in a 2006 interview with INH Group, despite shooter games being “relatively inexpensive to produce,” the divergence from Dynamite Duke 2 to Raiden surrounded production with a swarm of negativity.

“In other words, Raiden was a financial decision for the company — a title we had to make.”

Raiden was a commercial success, selling over 17,000 arcade units worldwide. Several ports got introduced for home consoles like the Sega Genesis and the Atari Jaguar. A Super Famicom port got released as Raiden Densetsu (or “Legend of Raiden”) on November 29th, 1991. The North American version (“Raiden Trad”) saw store shelves the following March and was met with moderate reception. “Simultaneous two-player play is a nice change of pace,” read the June 1992 issue of GamePro. “But super slowdown mars the fun. […] Although there is nothing new or different here, [Raiden Densetsu] packs more than a few hours of good shooter action.”

As of this article, two prototypes of Raiden Densetsu are known to exist: one found and dumped by The Cutting Room Floor in August of 2020; the other being presented to you today by Gaming Alexandria. Courtesy of atrocity3010, here are all the differences they were able to spot:

If you can spot any other differences that we may have missed, let us know! Thanks once again to atrocity3010, whose contributions made this release possible!

For scans of the cart please go here.