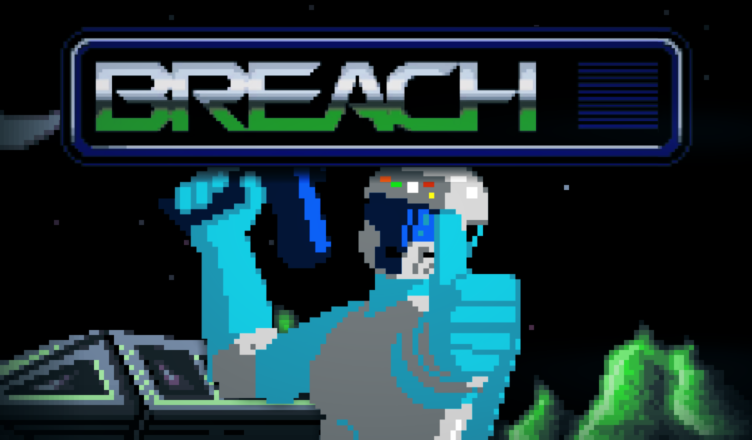 We present to you a series of assets for an unreleased port of the game Breach that was in development for the SEGA Genesis. These were compiled and preserved by the game’s sole programmer, David Ashley, who sent us these files along with the full permission for release to add to our library of game asset releases.

Included in this bundle are an incomplete beta version of the Genesis ROM, source codes from the original game and port compiled into a .tgz, updated art assets, and an emulator developed by David that can run the .tgz files with ease.

Breach for Genesis and its assets can all be downloaded here (and source code also available on GitHub), while the source to David’s personal Sega Genesis emulator can be found here.

Special thanks to SuddenDesu, Frank Cifaldi, Rich Whitehouse, Tam Biggs, and Ozaleto for providing help in researching these materials.

Breach (1987) was the first installment in a trilogy of sci-fi strategy games developed by Omnitrend Software, a Connecticut-based studio known mainly for its series of text adventures starting with 1983’s Universe. Originally for Amiga and PC platforms, Breach puts you in the role of a squadron leader who must direct assault on alternate life forms. Think of it as an early alternative to X-COM.

By 1992, American Sammy had picked up the rights to Breach for release on the Sega Genesis. The port was entirely programmed by David Ashley, a contracted assembly-level programmer who would soon go on to be one of the head developers of the X-Band. Joining him would be artist Paul Drzewieck and an unidentified composer that David describes as a young man who may-or-may-not had worn a glass eye.

“I recall he told me how he used to get girls interested in him by doing a fake Australian accent, then after they’d gotten close he’d stop doing the accent and they’d get pissed and dump him.”

~ David Ashley, on the unknown composer.

The development team was asked to base the port off of the Amiga version of Breach II: Assault as it was a more recent, updated version of the original game. The code would be completely redone, with David converting the original C code into a swanky new Motorola 68000 assembly language.

(Keep in mind that, despite Omnitrend’s request, the Genesis prototype we were received is entirely different compared to it’s Amiga counterpart.)

Before the project had begun, David negotiated with a six-month schedule with Omnitrend that paid him and Paul $5,000 per month. In the end, only five or six payments were ever made.

“There were milestones and we’d deliver what was listed in the milestone, and then I’d wait to be paid,” David admits to me. “They started taking longer and longer to send me a check. So I would be idle, in case they wanted me to make changes. So the check would finally arrive and then I’d have to rush to complete the next milestone.”

The final straw came during the end of the final month when David showed off a build to Breach’s original author, Thomas Carbone. Thomas hated it, tearing the build to shreds and putting the blame directly on David for not using his original code. David, now fed-up over Omnitrend’s treatment of his development contract, quit the project and left the game without a programmer.

Despite this major halt in development, the game would continue showing up in the press as late as 1993. It’s unknown if any more work was done on the game after David’s sudden departure.

“I think the game would have sucked anyway, too slow and turn-based, only a small fraction of players would be interested in that type of game.”

Thanks so much again to David Ashley! Be sure to check out the Genesis ROM here as well as David’s original development emulator here.