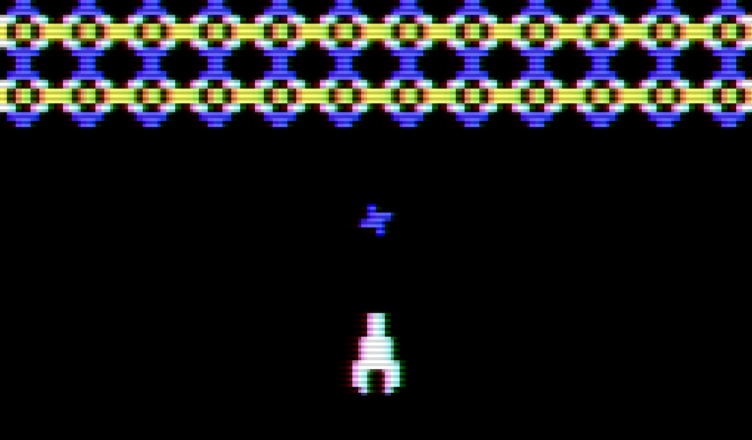 In early 2020, an Illinois family found themselves with hundreds of development assets from the archives of their late relative, Chris Oberth. A skilled programmer with nearly 30 years of experience, Oberth had passed away in 2012, leaving his family behind with digital backups going as far back as 1978.

Understanding the value of this work, a family friend approached Frank Cifaldi of The Video Game History Foundation to help decide what should be done. After a lengthy discussion with the family, it was determined that some of the work would get auctioned off to assist funds for Oberth’s widow. Anything unsellable would go to the foundation. With this, the VGHF successfully resurrected some of Oberth’s work.

MAME developer Ryan “Moog” Holtz was among the first to see the auctions go live. Hoping to win them for archival purposes, Holtz organized a fundraiser supported by other figures in the preservation community: Cifaldi, Internet Archive member Jason Scott, Gaming Alexandria, and the rest of MAME. “Had we not pooled our funds among the MAME team and its supporters, it is most likely that none of the acquisitions would have taken place at all,” Holtz says.

With over $1,300 in donations, the fundraiser was a success. The items bought were quickly sent off to Gaming Alexandria for inspection.

While these backups may seem small at first, a closer look reveals many rare relics from Oberth’s career: source code, documents, and even a few unreleased games! This article will be the first of three, discussing two playable games we found from the early-80s — neither of which saw the light of day.

To fully understand these games, we should first explain who Chris Oberth was. Christian H. Oberth (born May 17, 1953, to Ernst and Anne Oberth) got hooked on programming at a young age when he worked with the PLATO computer system during college. Fascinated, he chose to buy himself a personal computer — an Apple II, serial number #201.

But there was one problem. The college Oberth studied at did not teach programming on a microcomputer, so he could not make the games that he wanted to. Instead, he learned programming by reading type-in games in the back of magazines, noting every line of code, and replicating them himself. “I sold my [Apple II] games to local computer stores, on audiotape cassettes in plastic sandwich bags,” Oberth told researcher Alan Hewston. “Real classy.”

Oberth’s skills eventually got him a job at Programma International, a prolific software publisher in Los Angeles that published his first game — Phasor Zap, released in 1979. He continued doing Apple II work for Programma (and another publisher called The Elektrik Keyboard) until about 1980 when he got hired to test handheld games at Marvin Glass & Associates.

By 1983, Oberth found himself working for Stern Electronics, designing arcade titles that he, in his words, had complete creative freedom over. While he enjoyed the job, Oberth knew the arcade market was falling apart, and he wanted to go back to computers. He applied for a job at Datamost (a company led by Programma founder Dave Gordon) and returned to his roots as a humble Apple II developer. Datamost would only release one title designed by Oberth, but based on data found on his floppy disks, we know another game was planned — the mysterious Spinout.

Spinout was one of the oldest — if not the oldest — games we managed to uncover in the lot. An overhead racing game akin to the Atari title Super Sprint, Spinout has one or two players drive along a small circuit, aiming to pass all ten laps without losing all your fuel. You can regain fuel by going to a pit stop, which will briefly disable your car in return for a longer driving period. As you continue, the sunny weather changes into rain. This will make the roads more slippery to race on. When the rain leaves, the road becomes clear again. Even in a game as straightforward as Spinout, Oberth still found a way to make it unique.

The floppy disk containing Spinout was created sometime in 1984 and is likely a final or near-final build. Included in the file below are the complete source code and the compiled game as a .img file. To run the game in an Apple II emulator, rename the .img file to .dsk.

Spinout .do image for AppleWin can be downloaded here.

Searching for a job in a post-Stern, post-Datamost world, Oberth did freelance work at Micro Fun doing ColecoVision ports of games such as One-on-One and Boulder Dash. The Colecovision shared the same Z80 processor as most of the arcade games created at Stern, so the job was relatively straightforward. “We had more time and access to the original source code [to the games we were porting], which was very helpful,” Oberth said.

Around this time, in-between the ports, Oberth created an original game — a single-screen space shooter known as Star Fire (no relation to the arcade game of the same name).

You are the last remaining member of your spaceship, floating amok in the vast void of space. An opposing group of aliens has trapped your crew in a force field, and it’s your job to get them out. Navigate around the screen, avoid the UFOs released by the mothership, and shoot down the force fields, collecting crewmates one by one.

After doing a clean flux rip on several floppy disks and removing some empty space in the assembled code, we were left with a functioning build that’s even playable on real ColecoVision hardware, as demonstrated above by our friend Kevin Bunch. Keep in mind that this was likely not intended as the final state of the code, as the ROM size is 18.25kb rather than the usual (for ColecoVision) 16kb.

Star Fire (referred to as “Blast” in the source code) has next to no information surrounding it. It never got shown off to the public, and no mention of the game seems to be online. Was this intended for commercial release? Or was it merely a proof-of-concept made to show what the ColecoVision could do? Maybe it was swallowed up by the video game crash of the 1980s? Micro Fun would file for bankruptcy in the mid-80s, leaving a debt behind of thousands in unpaid royalties to their programmers. Perhaps this was the reason why it was never released?  Either way, the game is a fun little space-shooter experience that is well worth your time.

Star Fire can be downloaded here.

With permission from Chris Oberth’s family, we can bring you two never-before-seen games from the late developer’s career. It has been a pleasure to release this material, and we would like to thank the hard-working groups at MAME and The Video Game History Foundation for being extremely helpful during the whole project. In case you missed the downloads, Spinout can be found here, while Star Fire is here. Both links contain the entire source code as well as their respective ROMs. Enjoy!