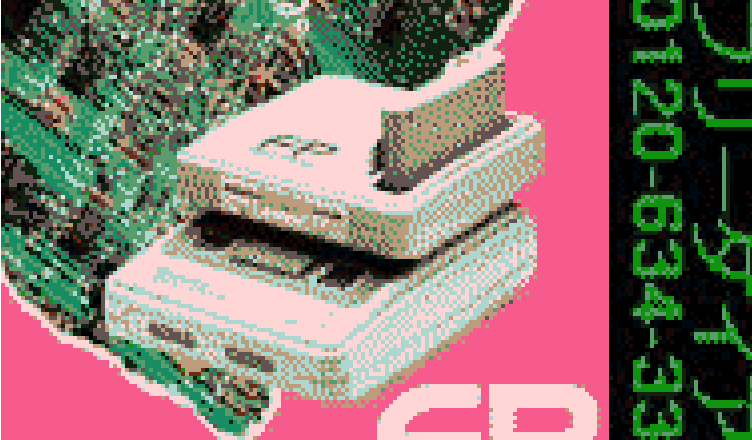 Hong Kong 97 is a game you’ve probably come across before if you ever went into the slue of terrible video games. It’s a fairly amateur space shooter released in 1995 for the Super Famicom designed in the vein of Space Invaders that’s difficult and badly designed. But what makes this game so infamous across the gaming community is it’s absurd and sometimes gruesome depictions of politics, celebrities, and even an actual dead corpse.

But what lies underneath the surface is a much more interesting game, a tale of an aspiring yet insane coder, piracy, crime, and a dead Pakistanis politician. Here is the full story of Hong Kong 97; the most infamous SNES game in gaming history.

Enter Yoshihisa ‘Kowloon’ Kurosawa, Kurosawa was born in Japan in 1971 and had aspirations of working in the games industry, but was held back by the difficultly of getting foot into the door. He later started his venture in 1986 with several indie games for the NEC PC-8801 computer up until 1990, the most well-known PC-88 games he’s accredited for are Torture Master, Rule The World and Restoration Game Center  in 1990. 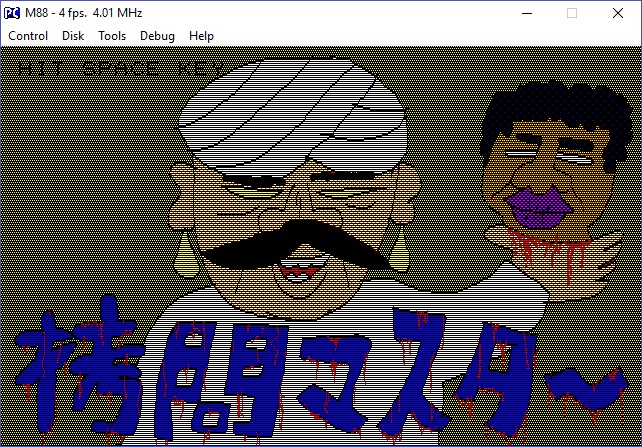 Earlier in 1985, Kurosawa started pirating Amiga A500 software for his liking, which in turn ended up with 14-year-old Kurosawa receiving a warning letter from a judge claiming that he was “going down the wrong path.” Kurosawa went mad over this, turning himself into somewhat of an insane man. Ventures of his insanity include  selling Nazism CD’s online, writing a documentary on an underground bodyguard he stalked, getting arrested for graffiti, and getting arrested again for drug suspicion.

After graduation, Kurosawa entered a “suspicious limited company” with another man known as Mr. Enomoto, where he worked as a the manager of telecommunications division. Doing this helped Kurosawa import various Nintendo unauthorized devices that can be connected to Super Famicom from Hong Kong with the help of Family Partner copier device he bought at a computer store. 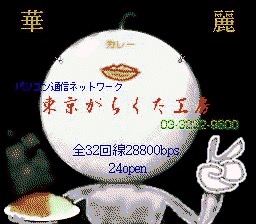 This in turn made Kurosawa start running a small Japanese Piracy BBS called the Tokyo Waste Workshop, dedicated to Amiga computers, erotica, pirated games, obscure games/books, Kurosawa’s own journalism, and most importantly, an underground game division. The BBS was ran in the “Ka Rei” ~Curry~ PC Network and had a 24-hour hotline for fans, as seen here.

The group’s primary goal was too make or sell amateurish games that were extremely crude and risqué. Some underground groups like this are still in function to this day in anonymous Japanese boards creating 不謹慎ゲーム, otherwise known as “unscrupulous games”. Three of the more notorious games in this vein include:

Kamikuishiki-mura Story (1995), a game believed to be made by a member of the cult religion Aum Shinrikyo. Responsible for the 1995 Tokyo subway sarin terrorist attacks that killed 12 people and intoxicated over 6,000. The gameplay is very bizarre in a way that it flashes digitized propaganda and songs belonging to the cult.

Go On A Passenger Jet! (2001), a 2D flight simulator game recreating the September 11th terrorist attacks on the World Trade Center. It was made less then a month after the incident and was very widely featured in underground newspapers at the time.

Nevada’s Blade (2010), a game revolving around the real murder case of a Japanese primary schoolgirl by her classmate. The man in the picture seen below is Kiichi Inoue, who at the time remarked and described the 12 year killer as “lively”

As mentioned earlier, the main issue that Kurosawa had with being an inspiring programmer was how difficult it was to get your foot into the industry, especially if you didn’t have any hardware knowledge. This caused Kurosawa to resent the mainstream industry (Nintendo specifically), so out of pure spite, he had an idea to create a cheap, vulgar game that would make fun of the industry for his own liking. So using his BBSes and Family Partner copier device, Kurosawa had the equipment to finally program a game of his very own, and so he did.

Since Kurosawa lacked programming skills, he contacted Mr. Enomoto and a friend of his that works at Squaresoft to help, forming ‘Happysoft Ltd.’ But due to the busy schedule of the Squaresoft employee (Who may have actually been Mr. Enomoto) , they only had two days to program his game for him.

“What you see represents a 10th of what I intended to do. There was no time. We didn’t have money. We didn’t have permission. We just sort of took a slapdash approach to giving it a Hong Kong-esque style, and that’s the result.”

On April 2nd, 1995, Hong Kong 97 was officially released. It’s no surprise that the game sold terribly, the only way to actually receive the game was either though Kurosawa’s BBS or with 50€ from a magazine-type novel that Kurosawa wrote for. They’re actually two variations of the game, one for SFC Disk Drives that’s the one you’ll usually see online, and a cartridge release with advertisements for the Family Partner copier device and Kurosawa’s BBS. 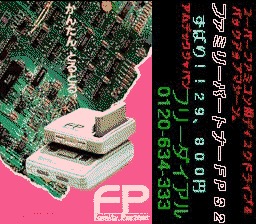 The game portrays you as Chin, Bruce Lee’s heroin addicted relative who’s goal is to “wipe out all 1.2 Billion of the Red Communists in the distance year of 1997!” The box of the game states that the ending is unlocked after killing that amount of Red Communists, but this was obviously a fabrication.

Chin has to shoot the Communists that are homing in on him with scattered attack moves that can be hard to dodge without attacking back, Chin dies in one hit making that a harder challenge then already established. Every now and then the decapitated floating head of Chinese politician Deng Xiaoping comes down and attacks you as a sort of repetitive boss mechanic, he doesn’t really stay on screen for long but will return.

With a strong coat of polishing and a little more time, this game could’ve came out as a decent-yet-flawed shooter game, but it’s taken away by awful hit detection and sometimes unavoidable ‘attacks’. Basically what I’m getting at is this game is not worth your time.

The game is most infamous for two things, the song, which is an endless loop of the song “I Love Beijing Tiananmen,” and the game over screen. The game over screen is a real, uncensored picture of a murdered corpse with “CHIN IS DEAD!” written all over it. The most common theory was that it’s Leszek Błażyński, a Polish boxer who committed suicide in 1992, however, further research proves that it was most likely Pakistanis politician Atef Bseiso, here’s why:

Given this information, it’s likely that it was an autopsy photo that Kurosawa found in either a separate BBS board or Usenet forums circa 1993, and then put into the game to add to it’s political aesthetic.

The game was brought up occasionally in Usenets forums for the first few years after it’s inception, later a widespread ROM of the game was dumped online on a JP Geocities site in 1998 and stayed as an inside joke between underground Japanese gamers until the start of the millenania. The rest as most would say, is history.

Kurosawa later went on to make one more game, 2005’s Simple 2000 Series Vol. 88: The Miniskirt Police for the PS2. Not to be confused with the similar Sega Saturn title, this game was inspired by Kurosawa’s love of Chinese Mafia books and has you playing as the titular police officer trying to uncover a drug bust in Hong Kong. Be careful however, as these crime lords seemingly have magic bullets that remove the woman’s clothes when she’s shot (yes really).

After that game, Kurosawa gave up on the gaming industry entirely and started writing his journalism for the previously mentioned magazine that Hong Kong 97 was originally sold from.

So there you have it, the full story of the most infamous game in Super Nintendo history. Kurosawa’s story is one unlike many others, a tale of piracy and underground groups much different then other stories of fortune and fame, and as cheesy as it can sound, it goes to show that anyone can do what they want to do if they try hard, even if what they’re doing stirs up from pure unfiltered spite.

Who knows? Maybe one day that thing you wanted to make after your hard work may return as something much, much bigger.