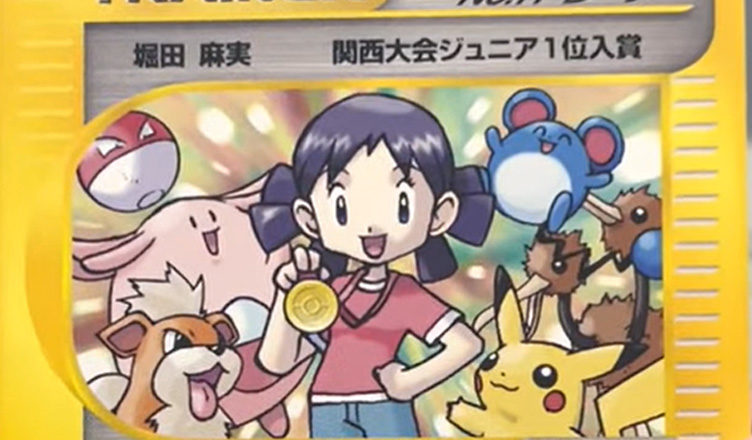 Avid Pokémon card collector onlycollectables has graciously provided us with a dump of a truly one of a kind Nintendo e-reader card… Pokémon-e TCG – Battle Road 2002 Trophy Cards – No. 1 Trainer Girl Version Spring Version! It is currently the most expensive e-Reader card purchased yet at a cost of ¥11 million (Roughly $83,000)! Previously we were able to release the boy version of this card thanks to Qwachansey.

This card was the 1st prize prize given out to winners of the Pokémon Battle Road competition that took place during spring and summer of 2002 in Japan. This one is even more rare though as only four No. 1 Trainer cards were given out to girls, versus fifty to guys. On top of that, three of the female cards were the Summer variant, making this truly a one of a kind card. Check out onlycollectables video about it here if you’d like to learn about his acquisition of it.

This is a message from Imakuni! Congratulations! You are the winner! I hope you will continue to lead all the girls in the country with your strength! Don’t let the boys beat you!